For the last 4 weeks I have been really neglecting my blog due to a really persistant chest infection which not only laid me very low but it stopped me doing what I love…. shooting film.

So this weekend as I am feeling much better I was determined to shoot at least one roll of film so I loaded up the Bronica with some Ilford Delta 400 and set it to shoot at 800 as I was visiting my parents and knew that the light indoors would not be the brightest.

Mum doesn’t really like having her photograph taken so I had to be a bit sneaky and managed one or two frames. 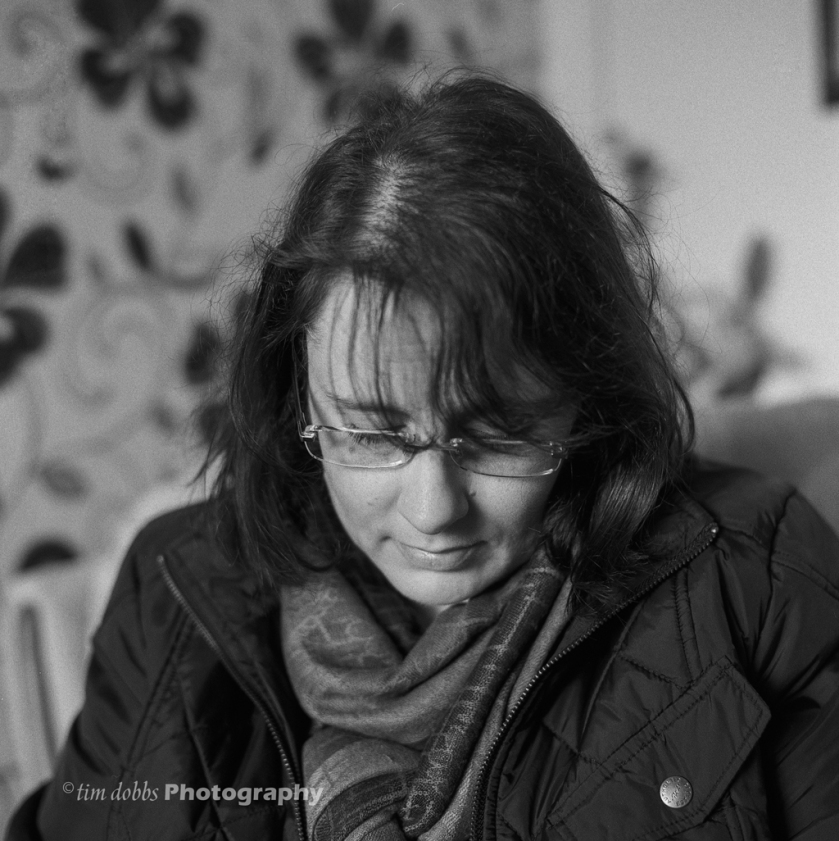 I found that shooting at iso 800 in 6×6 format on Delta doesn’t really increase the grain much when processed in infosol 3 and really helps when trying to hand hold in poor light.

I think I will most probably shoot at 800 most of the time as the benefits out weigh the little extra grain you get ( I love film grain anyway ).

Thanks for looking and I am hoping to post a lot more frequently this year.